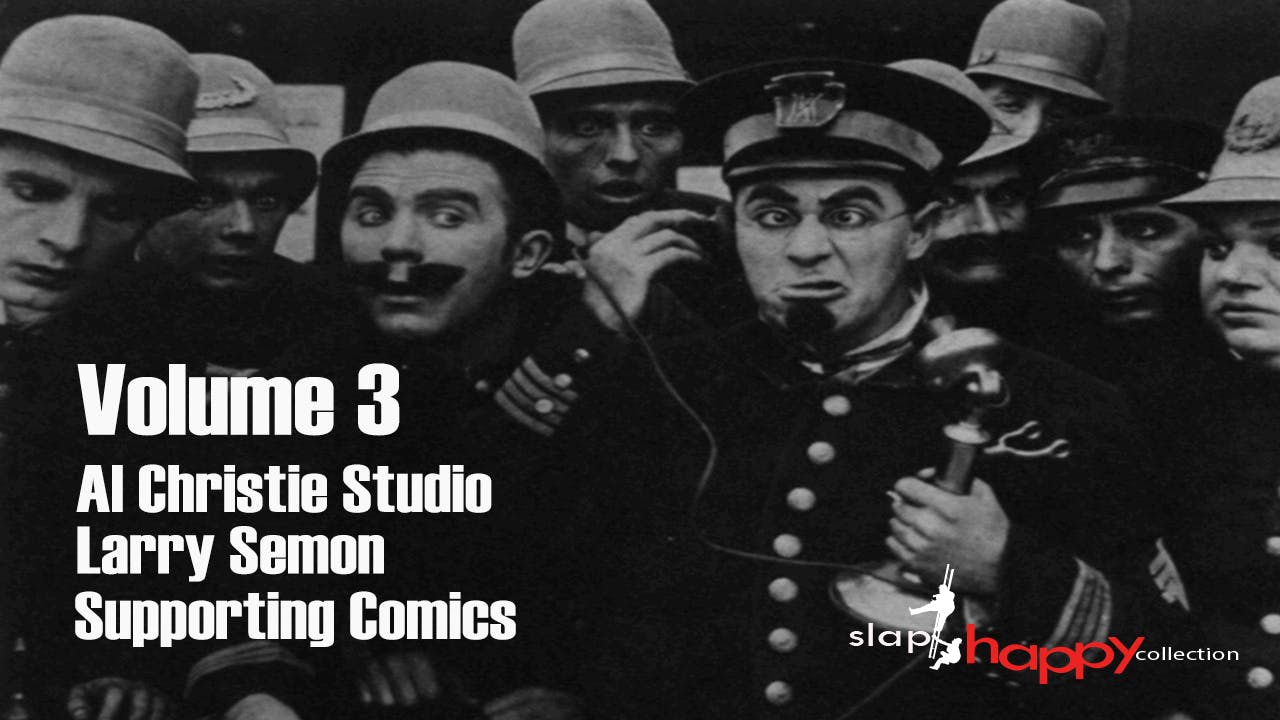 LARRY SEMON
At one time this wildly eccentric comic ranked only behind Charlie Chaplin in popularity. Also featuring Stan Laurel and Oliver Hardy. Clips include THE GROCERY CLERK, FRAUDS AND FRENZIES, GOLF and THE CLOUDHOPPER.

THE SLAPHAPPY COLLECTION showcases the wildest and most outrageous laughs from Comedy's Greatest Era! Produced for PBS and syndicated around the world, the SlapHappy series includes over 400 clips of the funniest work of 75 famous and forgotten screen clowns.

"Anyone who has laughed at the work of Chaplin or Keaton now has a chance to dig a little deeper. The SlapHappy Collection makes an informative and entertaining starting point." Turner Classic Movies